Kratom is not a new name today as people from all over the world are aware of the Southeast Asian herb, which was used in medicine and therapy by the natives centuries ago. But along with the popularity, it would be right to admit that Kratom has also garnered a bad name with time. But the bad name can be attributed to the fact that some people have not really understood the goodness of plant or they deliberately try to malign the name of this wonderful herb. Either way, the common public becomes victims as they listen to these allegations and believe it to be true. Kratom supporters are really trying hard to prove it otherwise due to their unwilling nature towards the plant. In fact, a lot of petitions have been filed so that the media organizations in the United States of Amerca start listening to their views too in a fair manner. Let us dig deep into the petition with this article.

It is first important to learn more about the party that has everything to do with filing a petition. The petition was brought in by the Kratom Information and Resource Center(KIRC). This group has contributed towards the legalization of Kratom and it always wanted the Kratom to be made available to all the people in America. With enough signatures on the petition, it was sent to more than 8 significant media groups for trade in the US.

Analysis from the media

It is important to understand that most of the Kratom stories that have arrived on the media are on a negative note. The KIRC undertook a study to prove that all these stories are fake. The study made it clear that more than 90% of the stories didn’t have a substantial base and was based on a lot of terms. This is one of the important reasons why the organization is fighting towards the ill forces. It does not even mind if all the stories were to be true and were from the public but when there is prominent foul play in all these stories, the media highlights it in spite of the DEA distancing away from being a critique of Kratom.

The KIRC is an independent media organization, which acts as the watchdog for Kratom related matters. It was started with an aim to fight against the injustice towards Kratom on a large scale. The main motive is to educate and create awareness among the public about the subject of Kratom and also make sure that Kratom coverage is done in a very unbiased manner. The agency in fact got itself involved with the DEA’s decision to put Kratom under the list of narcotics. It was the active work of KIRC and other such organizations that the plan was revoked. If the efforts of these organizations are to be successful, then we would be able to see Kratom from a different perspective without any bias.

The Intention, Goal and the Future

The most prominent of the nine media trade groups have received the petition and it is definitely a big thing as these media groups are the biggest in the States. If they pay heed to the petition, the image of Kratom is to receive a boost or they might continue talking ill about the herb and garner more haters through fake propaganda. The Goal of the petition is very simple that the KIRC wants Kratom propaganda to be fair and balanced and that unnecessary controversy is not created to make people believe that Kratom is not the same as heroin, LSD, and cocaine. As the petition has been issued and if you ask if it is a success, the opinion of the media is changing a bit and they aren’t trusting the CDC that linked 91 deaths to Kratom. So, the future is somewhat bright for the Kratom supporters with a mountain task in hand towards the fight against Kratom conspirators. Public opinion is about to change with the media presenting unbiased views and everyone out there could use the plant’s goodness to enhance their health and overall well-being.

I view something really interesting about your blog so I saved to favorites . Trula Van Sethrida 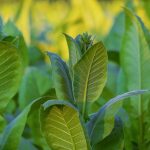 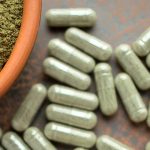 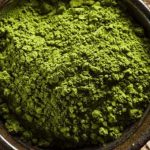 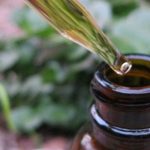 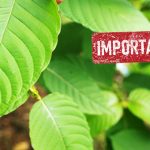 Why it is important to Keep Fresh Kratom?