Many people all over the world and in the US use Kratom for many reasons best known only to them. The effectiveness of the plant helps them with conditions such as chronic pain, opiate withdrawal, mood improvement, immunity boost and much more. Also, Kratom is known to help with some of the neurological conditions, which is contributed by the anxiolytic properties of the Kratom plant. On the same lines, some people even say that Kratom has helped them ease the condition of Tourette syndrome. To know more about the same, let us dig in from the background and get to know what it is and how Kratom helps in these instances.

Tourette syndrome is also known as TS, where people experience repeated involuntary movements and certain vocalizations. It can also be put in a way that people who suffer from these conditions have ticks, which is not due to Chronic or Provisional tic disorder. The occurrence of motor tics and vocal tics is usually once or twice in a year or more for people who are subjected to the Tourette Syndrome.

If you are confused as to what these vocal and motor tics mean, let us look at the examples below to have a bigger picture of the same

Vocal tics: Vocal tics include certain sounds, throat clearing sounds, sniffing practices and much more. At times, the speech might include sounds and words that do not make any sense at all. Though it is less common, it can occur at odd intervals.

Motor tics: These types of tics include any kind of movement in the facial muscles leading to a blink, roll, shrug or some jaw movements.

People under this category also experience premonitory sensations or urges just before the occurrence of an urge. The causes of this phenomenon are not still known to people though it is believed that the condition can be hereditary. A genetic factor is largely believed to be the main contributor to this disorder

The Tourette syndrome comprises of different levels that can be simple and complex.

Simple: This level is pretty much basic and it includes only motor and vocal tics as mentioned above.

Complex: Complex scenarios include the simple level symptoms along with the repetition of words and the compulsive action to touch people and things. The last act could lead to a lot of social problems and issues.

Other symptoms of TS might include anxiety, depression, irritability, and obsession.

Kratom must not be very new to you. It is a herb found in Southeast Asian countries and in fact it is has been used even before many centuries for various conditions like chronic pain, anxiety and much more. In fact, people identified the stimulating effects of the herb and used it as a ritual drink in those days for enhanced well-being. Kratom has now traveled from Southeast Asian countries all over the world, mainly to the US where it is very much popular. Kratom is generally sold in the form of powder and extracts. It is also available in the form of resins, gums, tinctures, and capsules for the ease of customers. However, most people follow the practice of consuming it in the powder form by just swallowing it. Some people even add it to their teas or smoothies to get rid of the bitter taste of Kratom.

As already mentioned above, Kratom has been used for a variety of purposes. One of the main potentials of Kratom is to curb down the effects of anxiety and depression. Though there is no scientific evidence, people who have used Kratom for Tourette syndrome have claimed that the tics have deteriorated. Also, social anxiety can be put on check if Kratom is used in the right dosage. Coming to the dosage, there is no specific value that would work for an individual, however, it is always advised that starting on a very low dose for effective treatment of the same. 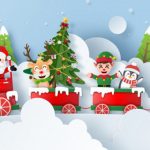 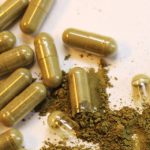