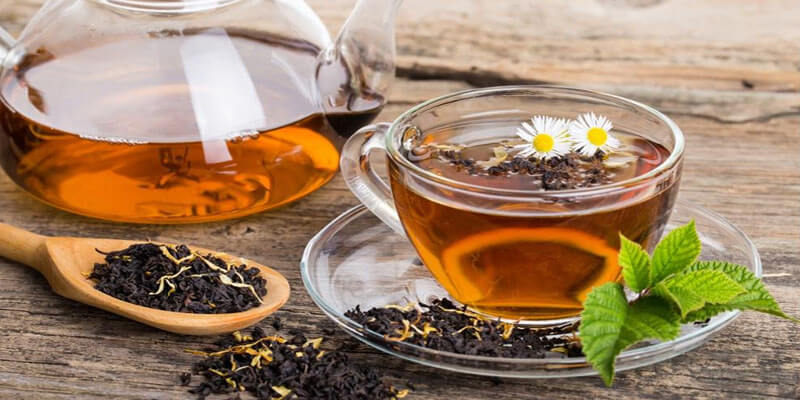 The thought of mixing Kratom with other enhancers must have been in your mind for a long time if you are a Kratom lover. Have you ever tried doing it? Was it successful? You might have even tried to bring out the naturalist in you to reap in huge benefits from Kratom. If this is all you, then this write up is going to excite you like never before. It is a known fact that herbs combine well with Kratom for enhanced effects. It is up to you to use Kratom alone or mix it with certain herbs for the captivating effects. The herbs act as a catalyst boosting Kratom benefits to the next level. Here, let’s have a look at one of the most potent herbs called Chamomile that makes up for a great combination with Kratom.

New to the Kratom world?

Before we get into the details of Kratom and Chamomile’s combination, it is important that you understand what Kratom is.

Kratom goes by the scientific name called Mitragyna Speciosa, where the herb belongs to the coffee plant family showing potential stimulating characteristics of coffee and tea. The wonder herb is a native plant of the Southeast Asian countries. It is widely seen in Malaysia, Thailand, Indonesia, and other surrounding regions. Kratom used to be a well-known herb in the past, where the natives of these countries used it as a ritual and recreational drink. In fact, the farmers of these regions would chew on the leaves while working on the fields for the energy boost. With time, the herb surfaced the world again, where the leaves are being picked, crushed and powdered and converted into many Kratom supplements after processing.

Kratom comes up with an array of benefits that are very much impressive. Kratom was used for its pain relief and euphoria in those days, while now it is popular on a global scale due to its properties of mood enhancement, motivation, energy boost, immunity boost, anti-inflammation and much more. Kratom is touted to be a safe and efficient alternative to the chemical painkillers.

The stimulating effects of Kratom are admirable, for it enhances the cognitive skills, focus, and concentration in users. It even helps people to get rid of stress, anxiety, and depression with mood improvement. Kratom does not even lead to any jitters at small doses and hence they are preferred by most users.

Some of the popular Kratom effects are

All these effects of Kratom can be attributed to the fact that they contain a sea of alkaloids, where Mitragynine and 7-Hydroxymitragynine bind with the brain receptors and lead to these positive effects.

When it comes to therapeutic plants, Chamomile is very famous and it is an herb that has an attractive history dating back to ages. Chamomile is now available everywhere due to its abundant growth in all places. It does not need a particular place and climate for growth like Kratom. You can even get Chamomile at a normal supermarket without any difficulty. As an herb that originated from the Western European countries, it’s cultivation can be seen in many parts of the world today. The properties of Chamomile were recognized back then in Ancient Rome and Greece, where people used the herb for pain relief and stomach upsets. However, later with time, the herb stormed into the world of therapy by serving as a potential remedy for arthritis, skin burns, etc.

How Chamomile is used to enhance Kratom effects?

Kratom and Chamomile enhance each other’s effects positively. For example, if you use Chamomile to boost the relaxing effects of Kratom, you can experience many potent effects with time. So you might ask if this means Chamomile is a Kratom potentiator? A potentiator is something that blocks enzymes to boost the parent substance’s effectiveness. Going by these lines, Chamomile does not inhibit any enzymes; it only enhances the effects of Kratom. This enhancement is achieved just because Chamomile is a pain killer and a relaxing agent. The relaxation effects of Kratom can step up to a different level with chamomile. You might even wonder that the same effects have opened new doors and dimensions to you when you combine your Kratom with Chamomile. Also, Chamomile’s digestive properties help tackle constipation problems with Kratom.

How to combine Kratom and Chamomile?

This combination requires no expert consultation and you can always decode the process of combining both the herbs. When you prepare your Kratom tea, you can always add one chamomile bag and boil the tea for 20 minutes or so. This is something enough for a single serving of Kratom and chamomile. Also, make sure you start with low doses of Kratom since you are using Chamomile for the first time. Don’t go overboard even if you are an experienced Kratom user. If the drink tastes bitter, you can always add sweeteners, honey or sugar to enhance the taste.

This combination is safe unless and until you incorporate only fewer quantities of Kratom. If you use Kratom irresponsibly, it could lead to a range of side effects. Though Chamomile could curb down the side effects to an extent, the sedative properties can lead to severe drowsiness. Also, make sure that you are in no way allergic to the Chamomile herb. Chamomile allergy can lead to dry eyes, red swollen lips and bad throat. You should stop using chamomile in the event of these symptoms.Try Kratom with Chamomile and lets us know how well it worked for you.