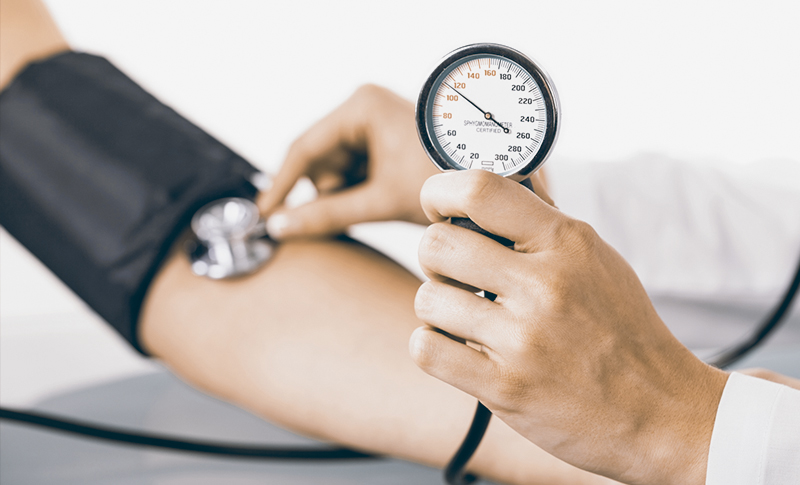 How Blood Pressure is associated with Kratom?

People have already started moving towards the natural products and remedies associated with it for wellness and good health. This is due to the reason that synthetic drugs produce significant side effects. Hence, many herbs have occupied the stage of the limelight to shine bright. One such herb that has taken the world by storm is the Kratom plant. Kratom belongs to the Mitragyna Speciosa family. This family tree is the same from which the coffee plant comes up. Hence, Kratom strains have the energizing properties in them just like coffee along with other benefits. Kratom is said to be effective for various conditions and disorders based on what the user experiences tell us.

Kratom is a natural herb that has been used for centuries by the local people of Malaysia, Indonesia, Thailand and other islands surrounding these countries. The plant is said to thrive in these Asian countries due to the rich soil and favorable climatic conditions. It is these conditions that induce wonderful properties into the Kratom leaves in the form of alkaloids. Kratom leaves have been used even for rituals as a sacred drink by the locals due to its efficient properties of pain relief, mood enhancement, immunity booster, energy booster, anti-inflammation and lots of other benefits.

The impacts of Kratom depend on the specific Kratom strain and the dosage based on which it was consumed. The alkaloids present in Kratom leaves bind with the opioid receptors like mu, delta, and kappa to bring in various positive benefits.

With all these benefits in the light now, Kratom is being associated with Blood pressure every now and then. A lot of readers might already be intrigued on how Kratom affects blood pressure. Well, Kratom does affect the blood pressure without any doubt. But the real question is whether it affects blood pressure positively or negatively. However, this post tries to answer this question to some extent for bringing in clarity into the Kratom community.

Link between Kratom and Blood Pressure

To get to the link between Kratom and Blood pressure, certain facts need to be studied for clarity. The alkaloids in Kratom bring about an adrenergic action with the activity of the yohimbine. As a result, the adrenergic movement causes an expansion of the circulatory strain. When Kratom is consumed in significant quantities, it tends to bring down the blood pressure in a way that other opiates do. The stimulant properties of Kratom also trigger the epinephrine and norepinephrine levels to improve the cognitive abilities of Kratom users. However, it does lower the blood pressure by modifying the cardiac contraction force.

The responses can sometimes increase the heart spike that it could lead to a heart attack or a stroke. This instance can lead to a very dangerous heart issue like Tachycardia, which could become fatal if it is not treated on time with oxygen supply. If you tend to experience any of the effects like dizziness and chest pain, please contact a doctor for medical assistance.

People’s opinion on Kratom and BP

Based on several user reviews compiled from Reddit, most users claim that Kratom as caused a spike in their circulatory strain. Some users reported no changes in their pulse or significant adjustments with their circulatory sprain after the consumption of Kratom. However, another user claimed that the dosage of 7grams can increase the pulse significantly.  A few of them also felt that Kratom brought down their blood pressure. However, the sharp spike can be witnessed once the effects of Kratom wear off. Though Kratom has not been really proved scientifically to manipulate the circulatory strain, most people blame Kratom if they experience chest pain after consumption

The real problem with Kratom is that there isn’t enough research for people to come up with a definitive conclusion. One user on Reddit wanted to know which strain of Kratom would not influence his heart rate while inducing euphoric effects at the same time. So the query itself shows that the person is concerned if Kratom would cause any complications with his heart. However, one such user reported that Gold Bali Kratom could be safe since it offers very significant stimulation without any spike in the pulse and the circulatory movement. But this area is very tricky and as a user, you will have to tread carefully. Kratom strains work differently for different persons and hence, you can decide which Kratom works better for you without any massive heart movements only by trying it. It is indeed a challenging and unsafe task but keeps in mind not to try the strains that promote more stimulation even in fewer quantities if you suffer from any heart ailments. Also, if you tend to experience any unfavorable conditions, consult a doc or take suggestions from Kratom experts before you go about the process.

This topic needs more research to really find if Kratom influences the circulatory strain or not. However, as per the sources at present, Kratom can cause a few unfavorable conditions in individuals who have hypertension. In these cases, when Kratom spikes up the cardiac strain, it could lead to massive heart attacks and other complications. So every time you consume Kratom, check your heart pulse rate and keep track of the progress with every strain you try out there. Also, Kratom should be used with a bit of caution even if you don’t suffer from being a hypertensive patient.

Previous Post What are the best Kratom strains that treats Insomnia? Next Post Our “Just For Sale June” is here, choose your Kratom Strain

I opened 4 capsules and emptied In a glass of orange juice! 20mins later my heart rate went up as well as my blood pressure. I got real jittery with know other positive side effects. Maybe I panicked but it wasnt anything good about this experience.

You took too much. 1/2 teaspoon is good. I use red Bali and it has a more calming effect on me.

I have been taking Kradom for approximately 4 years. And I am offended that you wrote a decent article until I arrived at your source, Reddit. Really?? Well I am writing to counter the negative spin, and hear say. ( Promoted by big pharma thru the government agencies. There is little profit in us consuming tea leaves for them.) I am all in favor of scientific research. But my experience has been quite positive. And when you compare it to Oxycodone and the other prescription pain meds. It is a no brainer. I suggest doing some research and present the facts. I am not naive and do not think it is a miracle. But for me it has been quite positive.

Using Kratom for two years after
I was abruptly removed off taking opiates. I think they really work !this mid a great post because my blood pressure has been erratic lately we need to weigh this all out, thanks for putting the spotlight on this

Will every strains works for reducing BP?

I. Took kratom for a few mos I was trying to stay away from my pain meds my bp has always been kinda hi. O feel kratom. Sent me to the hospital in the er my blood pressure went to 255 and it took 3 days to get it down they did lower it to a lower level but what do you think

I was using some high power medications for years to treat my blood pressure. I went through your blog 2 months ago and started using Kratom just as mentioned as per consulted with my physician as well. Yeah, you are right, it calms my mind and my blood pressure levels are getting normal. It’s unbelievable.

I guess I don’t have such luck☹️… I took 2 last night and seemed to be fine although it kept me up and then took 1 this morning and raised my blood pressure to 151/102.. I felt flush ,face tingling and my skin on my stomach turned pink reddish… 😭.. it’s the Red Bali Kratom 900 mg per capsule…. is that considered to high of mg? I’m new to this so any info be greatful

I take Mangda I’m sure spelt wrong. Anyway 3 grams in oj. I love how I feel but now my BP is high. Is there another one I can try with the same effect? Maybe do 2 instead?

I take Mangda I’m sure spelt wrong. Anyway 3 grams in oj. I love how I feel but now my BP is high. Is there another one I can try with the same effect? Maybe do 2 instead?

It looks like many of you take too high of an amount. I take 600mg and thats all i need to lower my blood pressure and i do it twice a day.