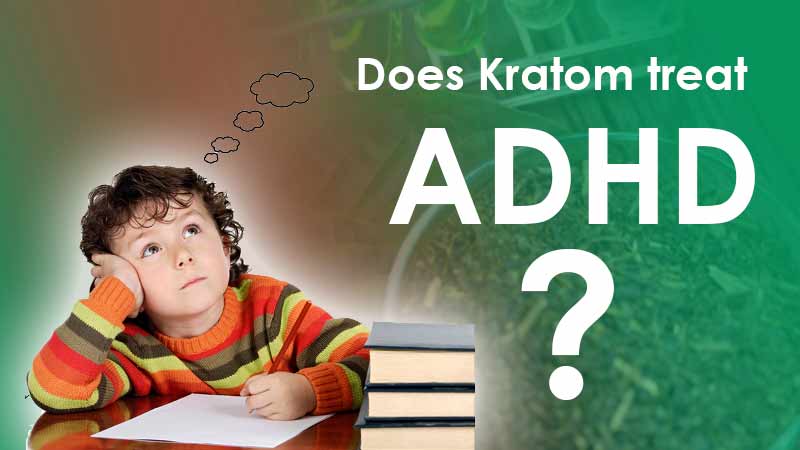 I kind of realized that Kratom is the 21st-century wonder drug which has taken the world by storm for its therapeutic and recreational effects. It even baffled me that every second or third person I meet has put themselves under the Kratom umbrella in an attempt to defend their body against certain ailments and diseases. What surprises me the most is how a natural herb like Mitragyna Speciosa(Kratom) from Southeast Asia remained unknown to the other part of the world for centuries. The farmers in Thailand used to chew on Kratom leaves for increasing their work time on the fields. There are many astounding facts like these as to how people in Southeast Asia reaped the benefits from Kratom understanding its effects deeply. You can even buy Kratom from online vendors as there are plenty of them available.

Many people I know aren’t aware of how Kratom acts. They are least concerned as long as it serves the purpose for them. But then, isn’t it necessary to know about something that you consume when it initiates a direct interaction with your mind and body? The mechanism of Kratom is very simple. There are up to 25 alkaloids present in Kratom, out of which Mitragynine and 7-Hydroxymitragynine bind with the proteins in the opioid receptors of your brain. That is how they tremendously interpret the brain signals to reduce pain and relax the mind for wellness.

I brought this up to explain how Kratom could be different in the eyes of different people based on its effects on their body. Some people even consume Kratom for opiate withdrawal. Kratom is said to make them less dependent on other street drugs like cocaine. With that being said, Kratom’s benefits keep expanding making them viable as substitutes for various disorders.

I have heard of people who tend to switch their medications to Kratom for a range of disorders where Kratom could play a significant role. Kratom, being a natural drug, makes it a better choice for people rather than opting for chemicals that can induce a lot of side effects. Recently there has been a lot of reports where many users claim Kratom’s effects to be remarkable while treating the symptoms of ADHD. The curious side of yours might ask how.

ADHD is a complex mental disorder prevalent in children and teen adults. It gradually follows their traits as they enter adulthood. It is the most commonly diagnosed disorder where the children tend to be Hyperactive. The brain development process in them takes a different route than the normal and hence it affects their attention. Adults with the same disorder seem to have significant problems with organizing things. This, in turn, affects their daily life, work, and relationship.

The symptoms of ADHD in children vary from the ones seen in adults. Children with ADHD are usually lost, forgetful, distracted and they tend to daydream a lot. They suffer from memory problems and don’t seem to be listening at all.

The symptoms in adults usually have a lot to do with anxiety, low confidence, inability to manage anger, high-stress levels, improper mood balance and they display hardships in concentrating while reading.

Causes and Treatment of ADHD

ADHD is a mental disorder whose origin is still unknown to experts, but they believe that it is due to the fact that the brain areas that control attention and awareness are defective in people diagnosed with ADHD. Some researches report that ADHD could be hereditary at times or even an injury to the brain could cause ADHD. This disorder is treated by prescribing CNS stimulants like Adderall which contains methylphenidate and Amphetamine. They help in increasing the attention span of the patients.

Is Kratom effective in treating ADHD?

Since there are reports of Kratom treating ADHD, this can only be achieved if Kratom affects the chemical etiology of ADHD. Studies have proved that adults with ADHD have a deficiency of the neurotransmitter called serotonin which orients the dopamine receptors for learning and mood by regulating the brain. Abnormal levels of dopamine cause impairment of cognitive functions in children and adults, leading to reduced emotional responses.

This is where Kratom comes into the picture. Kratom has a similar effect to that of the opiates due to the alkaloids in Kratom that bind with the receptors in the brain. By the same mechanism, Kratom reduces the release of the calming neurotransmitter which in turn leads to the free release of dopamine administering normal orientation of dopamine. This consequently increases concentration and help people focus on a better attention span.

A lot of other benefits of Kratom also explain how Kratom could help in the treatment of ADHD.

Kratom finds its place with people due to the stimulating and sedative effects that it imparts on them. This effect is because Kratom performs its functions on the mu receptors of the brain, unlike other drugs that act on delta receptors. Hence Kratom is often touted to be the natural alternative for physical and mental relief by users worldwide.

Users claim that Kratom is supposed to be good at killing anxiety. Since other prescriptions like Adderall might increase or decrease anxiety, Kratom is said to be effective since it always reduces any feeling of anxiety in people. The anxiety related side effects while using Adderall or Vyvanse can be eliminated with the consumption of Kratom is what people believe in.

Many users suggest that people tend to be calm and composed after the consumption of Kratom. This explains why different strains of Kratom are used to attain different levels of mental clarity. For example, Red strain produces the least mental composure, while Green strains of Kratom induce a moderate level of clarity in people. In addition to this, the red and green strains can also provide relief from pain.

It’s not all benefits for even the best drug out there. Less to very fewer side effects is what that sets them apart. Kratom might evoke some negative effects on the users who consume it for the treatment of ADHD.

Some users of Kratom for ADHD have stated that they suffer from liver injury and ulcers. There are a lot of testimonies on the internet that show that Kratom could cause potential damage to the stomach, liver or kidneys. But these reports can’t be entirely trusted since they might be fake. But still, health experts believe that the negative actions of Kratom can’t be disregarded completely since they feel Kratom is prone to cause some health effects at least in some users.

One case study states that a person who consumed Kratom for 3 months ended up with jaundice and a liver-injury which is life-threatening. Jaundice is said to be the most common claim of internet users against Kratom. However, it bears no substantial proof on the same.

The legal status of Kratom isn’t clear to be public with the FDA and DEA starting a war against the herb. Kratom is still banned in a few places in the states due to failure in meeting standard norms. But also, there are several bills in legislation that are yet to be passed, which upon execution might change the legal face of Kratom. However, it is wise to know about the complex legal ramifications behind Kratom before you start consuming it.

Kratom hasn’t been studied to the depth if it really serves the people for various benefits. Certain effects of Kratom remain unclear and also the way Kratom was used centuries ago and how it affected them remains unknown. Hence Kratom must be researched for many years to come since the effects vary with person to person.

An important point to note is that Kratom’s quality regulation is one major cause for its downfall. Kratom is being adulterated by many vendors without running any third party lab tests, making it risky for the end users. Also, the farmers who grow Kratom tend to add pesticides and other harmful chemicals that might alter the chemical composition of Kratom. However, it is safe to say that Kratom could be used in the treatment of ADHD if it is grown organically without the influence of any chemicals.

Kratom vs Adderall vs Vyvanse

Adderall and Vyvanse are pharmaceutical products, whereas Kratom is a natural stimulant out there. Adderall and Vyvanse are the most common drugs prescribed for ADHD by qualified medical practitioners. However, they do have side effects though Adderall has been proven to be effective than Vyvanse. In spite of enough evidence that Kratom, Adderall, and Vyvanse provide relief to ADHD patients in their own ways, Kratom is completely different from these two substances and hence it is hard to arrive at a comparison.

Many users claim that Kratom has fewer side effects than Adderall. And they also say that it improves mental clarity and alertness. But some have varying opinions that Kratom is not that effective compared to amphetamine and that it just helps in lifting the spirits. Though opinions vary, some people tend to use Kratom instead of Amphetamine due to fewer side effects. Users also fear that Kratom can be moderately addictive when used for a long period of time.

There is no real proof that Kratom could treat ADHD effectively but it shows that it could be a partial solution for ADHD since none of the drugs can provide a comprehensive solution to ADHD. However, the intense legal battle over Kratom makes it a bit unfavorable for people though times may change and without a doubt, people will be able to experience the benefits of Kratom against ADHD without any fear.

It’s onerous to find knowledgeable folks on this subject, but you sound like you recognize what you’re talking about! Thanks

It’s exhausting to find educated individuals on this matter, but you sound like you understand what you’re speaking about! Thanks

Does this really work for treating ADHD?

I have mild ADHD and I stared taking it and all I can say is I’ve never felt so normal in my own head with my thinking and being able to get stuff done without having to stop and jump from task to task. I love kratom its amazing.

I have been on kratom for a year now. It helps me sleep and helps me get things done around the house. I have never had any bad experience with it. It is not addicting either you can quite it any time and not have any bad reactions really, maybe just feel tired… nothing bad though to where you can’t stop. I love kratom, it has made my life a lot better to manage.