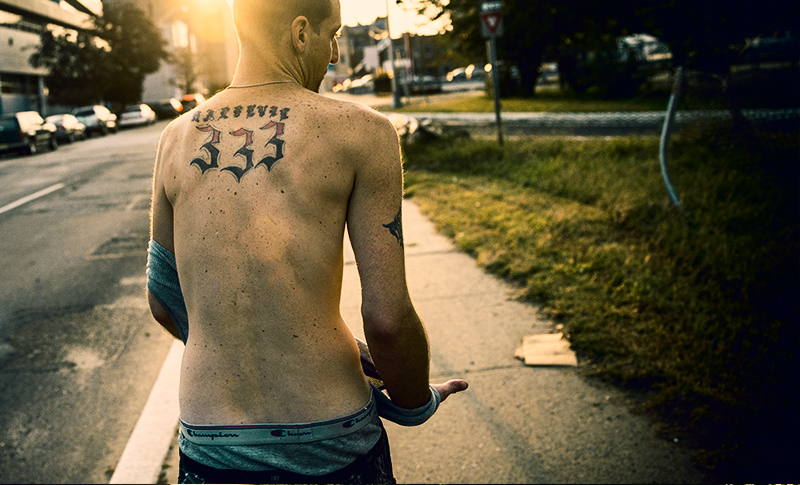 With energizing properties at low doses and sedative effects at high doses, Kratom seems to be that wonderful plant herb that can be beneficial to the human race in many ways. Kratom has secured a place in the traditional medicines of Asia for more than hundreds of years due to the extremely low risk of overdose effects that it inflicts upon most users. Apart from that, being a natural substance is what makes Kratom special than the rest, in spite of displaying opiate-like characteristics.

You might already be aware of the major benefits of Kratom as in pain relief, mood enhancement, energy booster and much more. However, there is one property of Kratom that can serve a major cause in today’s world. There are millions of youths in the United States and the whole world who are addicted to various harmful drugs. This addiction disrupts their whole lives to the extent that there is no repair. However, Kratom has been proved to be a good agent for opiate withdrawal. Kratom can minimize the pain caused due to drug addiction and can also help in the process of withdrawal without much fuss. These addicts, when not supplied with their drugs, tend to become restless and experience intense pain that is intolerable. The intensity of the symptoms can be reduced significantly by Kratom, posing to be the solution to one of the devastating drug problems in the United States. With many youngsters and adults getting addicted, Kratom can be a potent alternative with no significant side effects. Also, the studies have proven that Kratom is not dangerous on its own.

The benefits of Kratom could be incorporated into a big list, though immense research is still needed to completely understand the plant herb. However, several Government agencies and the media are committed to projecting a bad image on Kratom. Recently, a post was published by the New York Times on Kratom stating the adverse effects and how the herb acts as another drug that most users get addicted to. But the reality is quite different. Though Kratom can be addictive to an extent, it can’t be compared to harmful drugs like heroin, cocaine and the other ones that follow suit. The addictive effects of Kratom don’t stay up for a long time and are not harmful. This indirectly means that the drug addicts can be estranged from the ones that they are addicted to by the introduction of a milder plant drug-like Kratom that produces no major side effects.

But the DEA proposed a plan in 2016 to place Kratom under the list of scheduled drugs. However, it was turned down due to a huge public outcry. But some of the State laws in the United States have imposed a ban on the usage of Kratom. The FDA and other Government agencies are still trying with all their might to evoke a statewide ban on the supply and usage of Kratom. Though the practice of combining Kratom along with other harmful substances cannot be denied, better strategies to control the usage of recreational drugs is necessary to keep the public in safe hands. Kratom has been used widely in most parts of Southeast Asia due to its effectiveness to cure diarrhea, treat pain and aid in the process of opium withdrawal. In fact, Kratom was so effective that Thailand has no option rather than imposing a ban on Kratom since it affected the country’s opium export business indirectly.

Difference between Kratom and other Opiates

With the State laws of Florida, New York, and Alabama pressing hard to ban Kratom under their jurisdiction, it might not serve as good news to the society since the number of deaths are being reported in the United States as a result of opioid abuse. Everyone needs to understand that Kratom belongs to the coffee plant family and this plant which is called Mitragyna Speciosa contains powerful alkaloids in its leaves. The two main alkaloids that bind with the opioid receptors of the brain are Mitragynine and 7-Hydroxymitragynine. Though the mechanism is similar to that of the opiates, Kratom tends to display weaker effects and is not as addictive as the dangerous opiates.

Kratom actually does not make a person high like that of the opiates. The high according to Kratom is the release of energy that keeps users active and focused just like a cup of coffee in the morning. This, in fact, explains why Kratom belongs to the coffee plant family. Also, at higher doses, it tends to put users in a calmingly sedative position. Another major difference can be reported by comparing the overdose effects of Kratom and other opiates. More than 25,000 deaths were reported in 2014 alone that was caused due to the action of opiates with other harmful substances. All these people who died had consumed more than one substance along with cocaine or similar opiates like that. The overdosing effects of these opiates are far more dangerous and studies have proved that Kratom doesn’t cause any effect of respiratory depression like the opioid drugs. Also, the combination of Kratom with other substances doesn’t evoke similar effects as that of the classical opioids. This is due to the fact that Kratom powder induces nausea and hence, users can’t consume it in large quantities to result in an overdose.

Kratom is still a new drug in the United States and hence, immense research is underway to completely analyze the effects of Kratom in a wider spectrum. Though most users have reported only positive effects of Kratom based on research done by the professors at the University Of Rochester Medical Center, some users have claimed that they experienced the side effects of nausea and stomach upset apart from addiction. There have also been certain cases related to liver and kidney problems through the addictive effects of Kratom are milder in nature. However, an herbal substance like Kratom puts everyone in a dilemma since its long terms effects are unknown. Also, this plant drug would have been subjected to immediate clinical trials if it had been a synthetic drug. However, due to the fact that it is natural and had been used for centuries, no money is being spent on the research and trials since this would indirectly affect the pharma industries. But still, the clinical trials need to be in place for the smooth functioning of Kratom usage. It is essential to understand the positive and negative effects on a deeper level.

Kratom cannot be brought under the state laws due to the fact that herbs are not necessarily tested if they have been used in medicine. Also, the plant drug can be deemed worthy if it does not pose any claims to cure a particular disease or a disorder. Though the FDA is committed to protecting the public from any health-related harms, the laws are filled with enough loopholes that allow the adulteration of Kratom in one way or another. Hence, stringent laws have to be brought in place with respect to the control of recreational drugs. But the truth is that millions of money are spent to get a drug approved. And Kratom is a plant, no one can patent it as a drug. Hence, the money spent will not be worth it.

With this scenario around the corner, the Government aims at completely banning a substance that can be milder than the opioids. The grudge some people have towards Kratom is totally unbelievable and unexplainable since the media projects Kratom in the worst way possible as an addictive drug. With other synthetic drugs for opiate withdrawal proving to be dangerous, Kratom is a safe bet. Though it hasn’t been proved that Kratom can be safe in its entirety, the sham image of Kratom projected by some agencies is over the line. It would be better if the FDA doesn’t interfere in the Kratom distribution inside the country, while it can tighten the laws and introduce intense research so that the relapse of Kratom doesn’t happen.

One fine example can be the strategy followed in the Netherlands to prevent their users from overdosing on Kratom. In the Netherlands, the users are expected to enroll themselves at smart shops where they would be able to purchase Kratom. However, upon reaching a certain limit, those users will be moved to the blacklist, thereby which they will not be allowed to purchase Kratom for quite a period of time. This routine is followed even if these users opt themselves out of the list. This measure was introduced in order to prevent the dependency on Kratom and help users prevent the instances of overdose effectively.

These measures and laws must be introduced even in the United States in order to protect the citizens rather than banning Kratom which might truly affect the ones who are recovering from the addiction of harmful opiates like heroin.