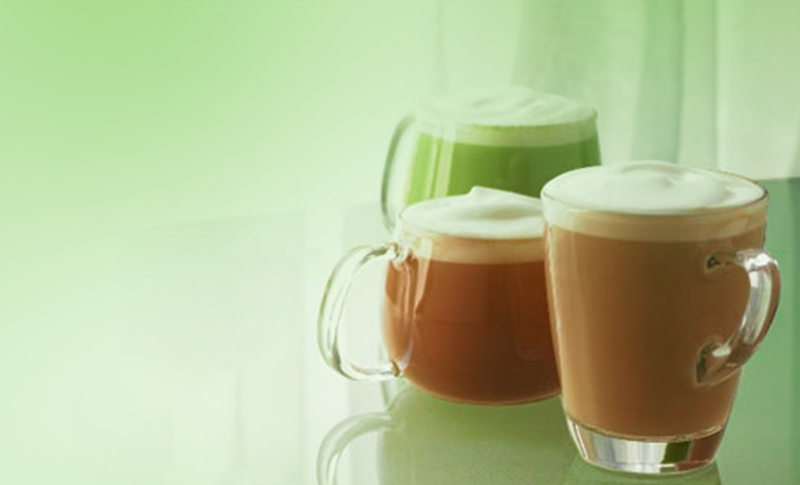 8 Healthy Herbal Teas You Can Try

The most common forms of tea that you’ll find available are oolong tea, black tea and green tea, all of which are derived from the Camellia Sinensis. This plant is the true tea plant, whose leaves can be brewed to make the hot beverage many of us enjoy frequently. However, an alternate form of teas that should also be tried are herbal teas. These are derived from the leaves of other plants, spices, flowers, fruits, and herbs, which are brewed to make tea. There are a wide variety of herbal teas available, with numerous different tastes and pleasant aromas and also have the added benefit of actually helping your body. For centuries, many types of herbal teas have been utilized by different cultures as a natural remedy to innumerable common ailments (and even a few not so common ones). Today, herbal teas provide a healthy alternative to sugary and caffeinated drinks (such as true tea) and can provide you with many long-term medical benefits. Herbal teas have been knowing to boost the body’s immune system, help to fight off the flu and even improve the healthiness of your skin. Here are 10 great types of herbal teas that you should definitely try!

This herbal tea provides a subtle fresh peppermint tinge with a soothing aroma and is extremely popular for its use as a digestive aid which has been confirmed by several studies. The peppermint oil present in the tea can help to provide relief for people suffering from irritable bowel syndrome, and can also relax the intestines, colon, and esophagus reducing and preventing spasms from occurring. Certain types of preparations for this tea, when coupled with other herbs, is also used for treating nausea, indigestion, and other stomach pains. In addition to its positive effects on the digestive system, it has also been known for is uses as an anti-oxidant, an anti-bacterial, and an anti-viral.

This is a tea that is delicious whether it’s hot or cold and has a sweetish-sour refreshing taste. The tea itself is a reddish-pink hue and is made from the similarly colorful flowers of the plant called Hibiscus. In addition to this, the hibiscus plant has antiviral properties. While no studies have yet been discovered that proof this teas effectiveness again diseases like the common flu, evidence has been found showing that extracts of hibiscus tea have an adverse effect on virulent strains of bird flu. This tea can also have minute positive effects on high blood lipid levels as well as high blood pressure, though no studies have confirmed this absolutely. But it should also be kept in mind that hibiscus tea can interact with certain diuretic medications so check with your doctor first.

Chamomile tea is amongst the tastier and least addictive sleeping aids you’ll find out there and has the added benefit of also relaxing the drinker. Numerous studies have been performed to confirm and better understand the true sedative effects of chamomile tea. One study showed that daily consumption of chamomile tea significantly improved the quality of sleep in women suffering from postpartum depression and even lessened the symptoms of depression. Another study showed that taking chamomile extract twice daily helped patients suffering from insomnia to reduce the time it took to fall asleep, the number of interruptions to sleep that occurred through the night, and in some cases even improved day-time functioning and activities. Other studies performed also showed a reduction in the effects of premenstrual syndrome after regular consumption of chamomile tea as well as improved glucose levels, insulin, and blood lipid levels in patients with type 2 diabetes. Nonetheless, its most potent effect is that of a sleep aid.

Kratom tea is derived from the leaves of a plant found predominantly in Southeast Asia and has numerous medical benefits. While it is available in many forms, the most common use of its leaves and powder is in the preparation of Kratom tea, an easy, convenient and tasty way of taking Kratom. It can have the effects of a relaxant or a stimulant, depending on the type of Kratom you use. Some strains can act as an energizer while others act as chamomile tea does, to help you sleep and improve the quality of that sleep. It is most commonly known for its uses as an analgesic, relieving everything from mild pains to more chronic pains suffered by people with arthritis and multiple sclerosis. It can also act as an anti-bacterial and a digestive aid.

This type of tea is known to be most effective against fighting and staving off the common cold, although it is also known for having anti-viral and disinfectant properties in general. Studies have also shown that it has positive effects on boosting the immune system of the body. It has also been known to help to shorten the gestation period of the common cold and reduce the effect of the symptoms. However, limited studies have been conducted on the effects of echinacea tea on the body and the results are largely conflicting which makes it difficult to definitely say the exact effects this tea can have.

Taste-wise, ginger tea is spicy, strong and flavorful. It is no different with respect to the health benefits it offers. It is chock full of healthy antioxidants and can help to fight inflammation and even boost the immune system. The most effective use of ginger tea, as confirmed by numerous studies it to treat nausea and is a supplement especially using during the initial weeks of pregnancy as well as cancer treatments and for relieving motion sickness. Some studies have also shown that it can help to reduce cramping and pain felt during the menstrual cycle, and it can be more effective than most over the counter anti-inflammatory drugs for treating pain. It has also been suggested, though not confirmed, that ginger can help in blood sugar control and regulation of blood lipid levels in diabetics.

This hot beverage gives you a fresh lemony burst of flavor along with all of its medicinal properties. One study has shown that this tea can be used for treating arterial stiffness, which can lead to a stroke, heart disease or general mental deterioration, by improving the flexibility and elasticity of the heart. Another study also determined that regular consumption of lemon balm tea, twice daily, increased the body’s production of antioxidant enzymes. This protects the body from the rise of oxidative damage to cells, muscle tissue, DNA, lipids and other important parts of the body. Lemon Balm Tea also has the added benefit of improving cognitive function, enhancing the consumer’s mood, improving stress management, relaxation, and memory, which can also reduce frequency and possibilities of anxiety attacks and heart palpitations. One study even showed that extracts of lemon balm tea could have a very positive effect on math performance skills.

The herb Sage has been well known for its historical medicinal uses, most specifically targeted at improved mental health and cognitive function. It has also been known to help combat the build-up of plaque in the brain that is commonly associated with the onset of Alzheimer’s disease. Studies have shown general improvements in mood, brain health, and memory after regular and frequent consumption of sage tea. Some studies have also suggested that sage tea can help to fight and prevent colon cancer as well as better regulate the blood lipid levels of the body.

Previous Post Why I love Red Bali Kratom to the most? Next Post 3 Tips To Help You Find The Best Kratom Vendor